Joysticks have become a common tool among various devices, such as gaming controllers. They can be an interesting addition to projects as well. Joysticks are fairly simply components that use two potentiameters to give the readings from two axes. They may also include a button to see if the user has clicked the joystick.

Below is a schematic showing how the joystick connects to an Arduino. 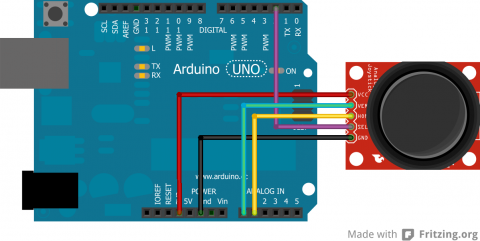 The following code shows how to read the various components of the joystick.

Getting the information from the component is really simple, but a lot of fun projects can be done with joysticks.