This is a tutorial on how to build a clock display using only an Arduino, a Shift Register, and 4 digit seven segment display.

The end result should look something like this mess:

In this image, you can see an accelerometer to the left, which is not a part of this tutorial. 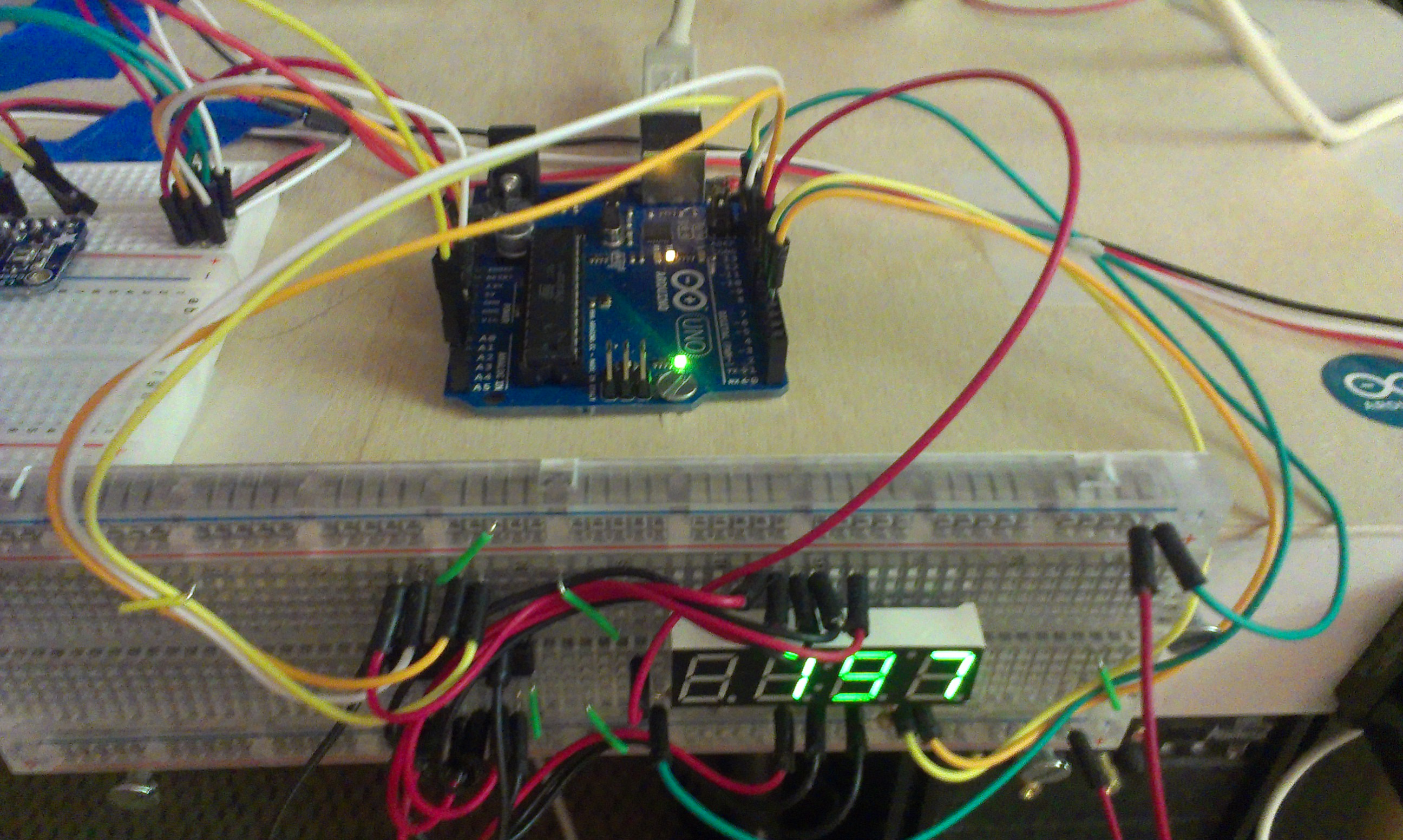 Clearly, the whole thing gets very messy. As a result, I would recommend one that works by serial, offloading this wiring and refreshing. There is a great Arduino-based one by Sparkfun , and a cheaper one available at Adafruit . It's $10-$13 for the serial ones, but these bare displays are 2$, the shift register is 3$ for a pack of three, uses at about 20 breadboard wires, 8 pins on your Arduino, and requires that the Arduino be able to cycle through the digits of the display frequently. The extra cost is minimal and saves a lot of effort.

I had some trouble getting the display to work according to the spec sheet, so I just reverse engineered it.

The numbers on the digit segments are in the order of negative and positive. So, to light up the left most digit, 0 must be negative (grounded), and each of the segments can be lit with by giving each of the right most lettered pins a positive. As a result, the grounding pin must be cycled, and the other digits must be positive. Also, apparently the 0 and g pins are interchangable.

I made a wiring diagram in Fritzing. Even like this, it still looks daunting, but at least you can tell what goes where. 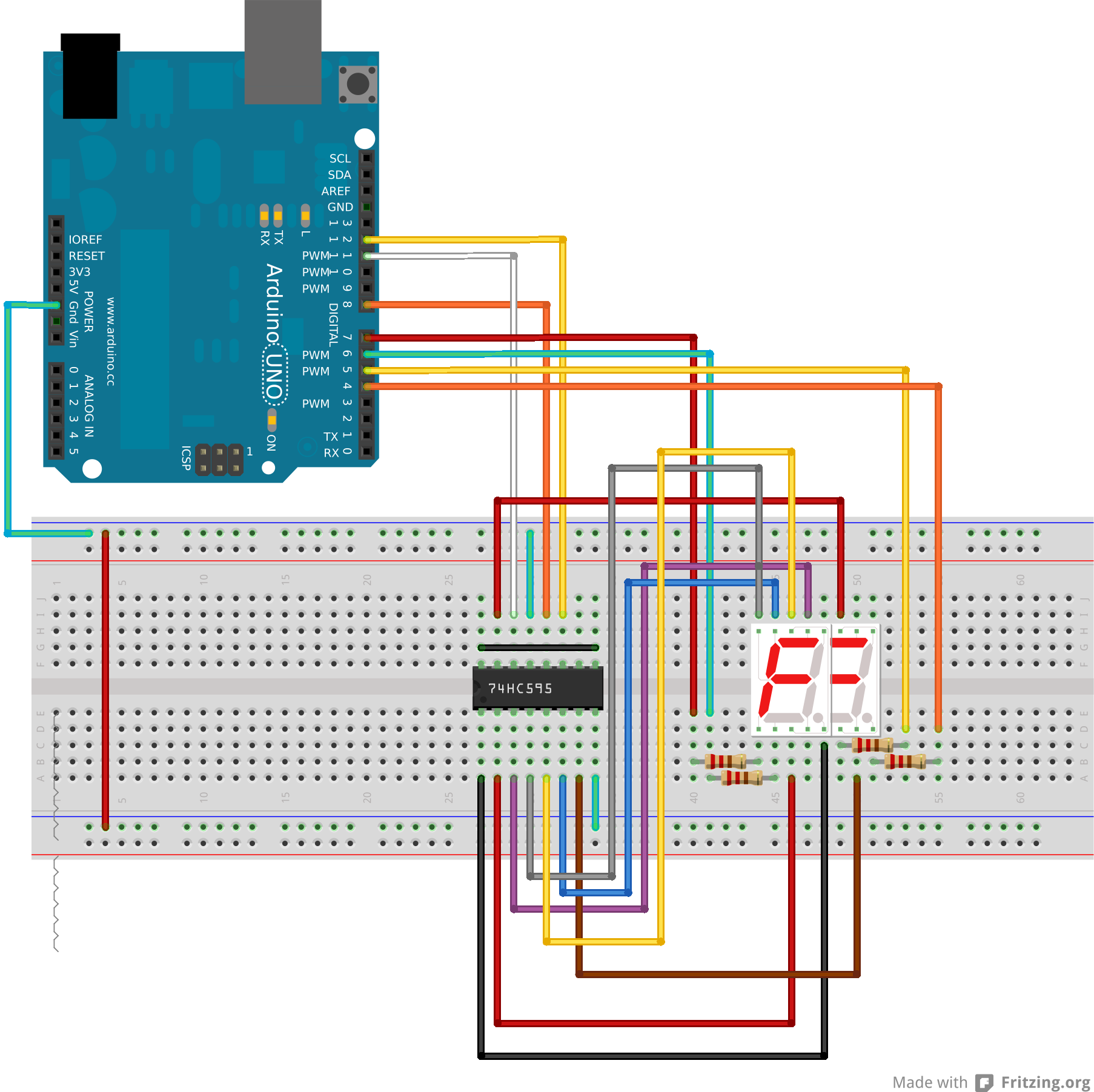 I couldn't find something for a 4 digit seven segment display that has 8 pins on each side. So, I just used two 7 segment displays overlayed so they had the right number of pins. It looks ugly, but pretend it's ok. The wires should still be the same.

The svg and Fritzing files are attached at the bottom as well for your convenience.

The code is also somewhat complicated. There are two main problems: converting a character to a a map of on or off values for each pin, and the fact that the display has to be refreshed ever few milliseconds. I took care of both problems by writting my own class. It should actually be universal for all 7 segment displays with minimal adjustment. I wrote it to utilize the Kernel library I made so that the timing is non-blocking.

The SevenSeg class should be universal, but you have to do a few things to set it up first.

First, you need to tell it which pins the shift register is on. This is fairly straightforward with:

Next, you need to tell SevenSeg which pins are used to toggle which digit is being lit in the cycle. These should be real pins on the Arduino addressable by digitalWrite. The digits are in order from left to right.

Then, you need to map the digits of the display to the pins on the shift register

Again. It's a really really good idea to just get one that works over serial.